With week 14 of the NFL kicking off on Thursday with a tight Kansas City Chiefs 21-13 victory over the Oakland Raiders, the playoff landscape immediately changed with Oakland falling out of the West Division lead into the top wild card spot. Before the Sunday games, the current NFL standings are: 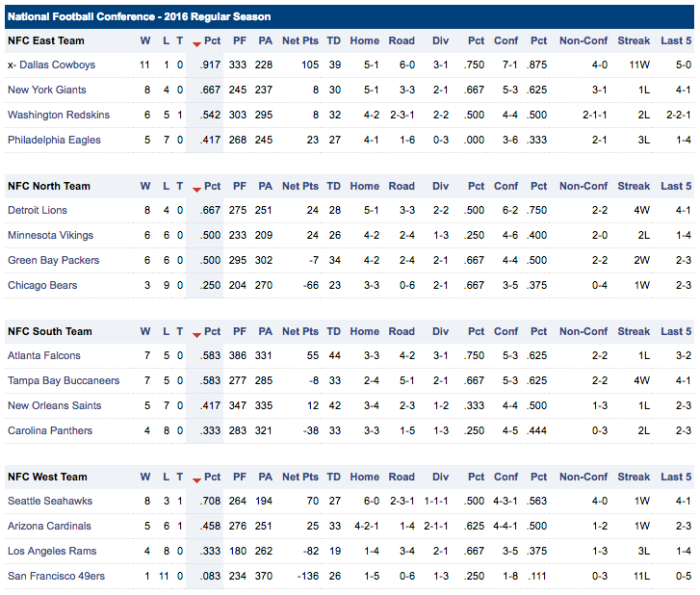 We then perform the usual Bradley-Terry and Weighted Poisson regression models to identify some predictive methods for estimating future games, conditional on home field advantage and team match-ups. As a result, we are able to simulate the remainder of the season.

Using these models, we find the following expected final standings. Note: These are averaged over one million MCMC runs. 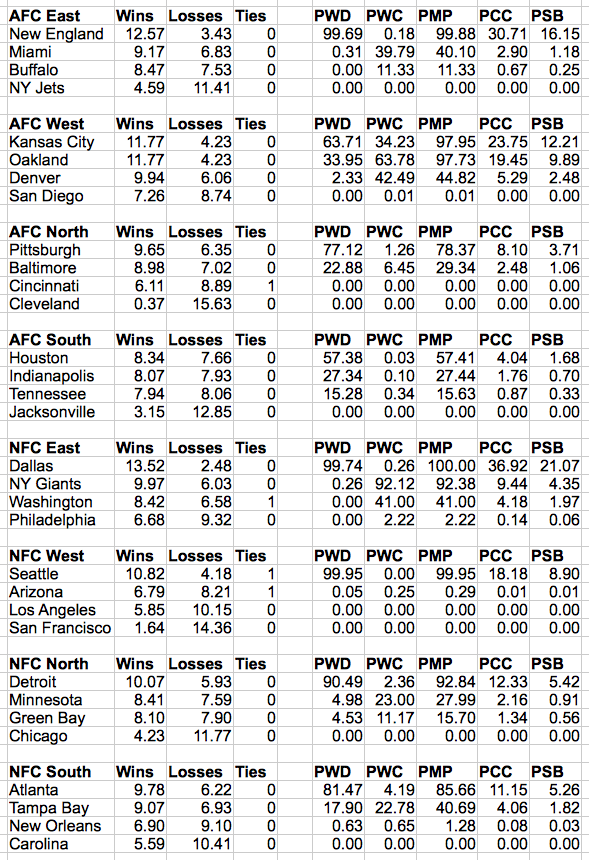 Hence, the most likely NFL Playoffs is given by:

While these are the most likely teams to make the playoffs, based on record, there are still effectively 24 teams still able to make the playoffs, from the Dallas Cowboys’ 100% (guaranteed in the playoffs) to the San Diego Chargers’ 0.01% chance! Due to this, we also simulated the NFL playoffs. This results in every teams’ chance of winning the Super Bowl:

Every NFL team’s probability of winning the Super Bowl; based on 1,000,000 Markov Chain simulations.

The question is, with roughly 63 games remaining in the season, how much will these probabilities change?