Here is an update on how safe an NBA lead is for the 2016-17 NBA Season. Last season, we found that the Bill James’ bound was violated twice in the 2015-16 NBA season. This year, the bound was violated one time: January 4th, 2017 by the Miami Heat against the Sacramento Kings. The same Sacramento Kings who erased a 15 point lead over the Oklahoma City Thunder on the same day in 2016!

Refresher on Bill James’ bound can be found here.

Distribution of Time to Comeback

Here, we again plot a mere 10% of the occurrences of comebacks in the NBA season. It’s a cluttered plot if we add more. There was only one instance all season, indicating a 99.999+% success rate in the Bill James bound. 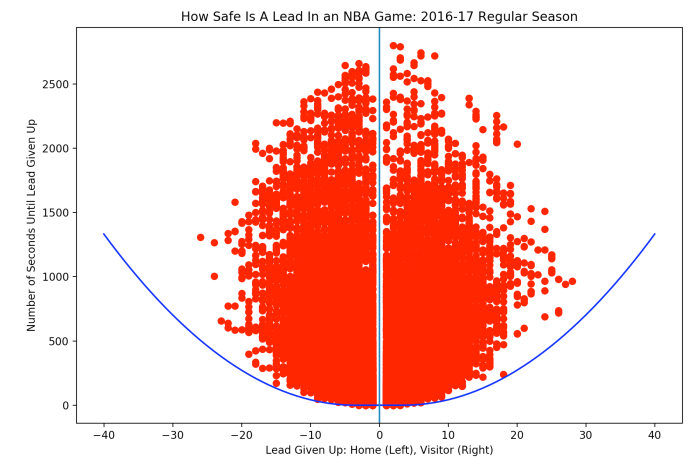 One thing is clear… be wary of the Sacramento Kings on January 4th games. They will erase large deficits.