Squared 2020 is a blog maintained and operated by statistician Justin Jacobs. This blog is primarily used to show how different types of statistical and analytical methods can be used in development and analysis of basketball analytics. Justin is a member of the American Statistical Association, a former NCAA basketball player, a former and current researcher in NBA Front Offices, and is a recipient of the Presidential Early Career Award in Science and Engineering; the highest STEM award for statisticians offered by the U.S. Government.

A PhD graduate in Statistics from the University of Maryland – Baltimore County and MS graduate in Mathematics from the University of Wisconsin – Milwaukee, Justin served for nearly a decade as a research statistician in the Department of Defense. From January 2016 through January 2018, Justin served a Principal Research Statistician at Sandia National Laboratories in Livermore, California. Justin’s research efforts are in spatio-temporal statistics, manifold learning, ranking analytics, streaming analysis, and recommender systems. Justin’s work has led to over 30 publications within the Department of Defense and a patent on pseduo-GPS methods. The views and commentary of this blog are strictly Dr. Jacobs’ own and does not reflects the views or opinions of his employers.

As a former collegiate player and statistician, Justin leverages his knowledge in both areas to create basketball analytics; as well as identify the statistical and mathematical properties of mainstream advanced analytics to identify areas of improvement, uncover misunderstood quantities, and establish rationale for using the analytics in question. Since the 2012-13 NBA season, Justin has worked with several NBA front offices in the areas of analytic development, coaching strategy, player valuation, and player performance through machine learning, artificial intelligence, and spatio-temporal statistics. Also during this time, Justin has worked with two NCAA teams between 2014 and 2016 on developing metrics for understanding player movement and rotation quality in games.

From January 2018 through August 2018, Justin joined the Orlando Magic full time to serve as their Senior Basketball Researcher. During that time, Justin took a brief hiatus on Squared2020 from focusing on machine learning, artificial intelligence, spatio-temporal analysis, and other advanced statistical methodologies on various types of NBA data. Given this experience, it is noted that no postings on this site are reflective of the research or analysis being performed in Orlando.

Similarly, posted work during this time does not reflect the current work or data being used for research or analysis being performed with his current team.

Justin encourages you to keep an eye out at some of the important conferences for sports analytics: Note: Reference of these conferences are strictly of the opinion of Justin Jacobs; not any of his present or previous employers.

Also, feel free to donate to improve the site: make it upgraded with a hosting site to better distribute code and have interactive designs. With the last round of donations, an upgrade was made and now plug-ins can be used; which allows for easier code copying!

Due to the costs of the site, code can either be loaded in terrible format or using images. Both have had an angry fist shaken at it. If you want to help improve the site, feel free to donate. All proceeds will be placed directly back into the site. Once the limit is reached, I will maintain Python and R code throughout the year and make available through widgets. Any possible extra funds will go into improving databases, having sharable repositories through host sites with sample data. 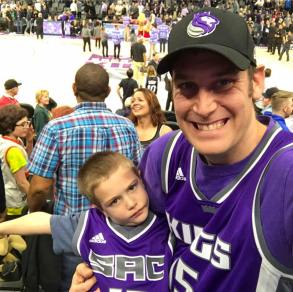